Wondering what the most common new car colour is here in the UK?

New statistics from the Society of Motor Manufacturers and Traders (SMMT) have confirmed that grey was the shade of choice during 2021 for a fourth consecutive year, with a 24.8% market share.

Red had an 8.8% market share while silver, once the default choice for most new car buyers, has dramatically fallen from grace. In 2021, just 6.8% of buyers opted for the shade, down from 8.7% in the previous year.

Yellow and bronze were last on most buyers’ lists, with market shares of 0.5 and 0.3% respectively. 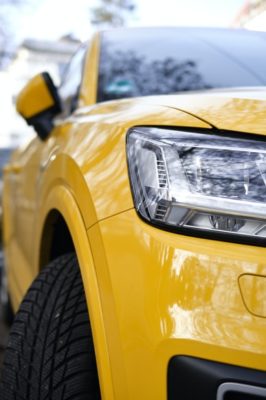 Prior to grey’s reign at the top of the sales charts, silver occupied the number one spot from 2000 to 2008.

It then gave way to black for four years, with white emerging as top dog from 2013 to 2016. Black returned to the number one spot in 2017, but since then grey has been most popular.

SMMT Chief Executive, Mike Hawes, said: “2021 was anything but normal, but British drivers stuck to their familiar favourites of grey, black and white cars.”

But while last year’s new cars might share the same shades as previous years, under the bonnet there has been a real shift, with one in six buyers choosing to go green.

With car registrations still low compared to pre-pandemic, helping even more drivers move to greener cars – whatever the actual colour – has never been more important.

“Incentives are helping move the market and should continue, but the speed of this shift to electric must be matched by an acceleration in the pace of charging infrastructure investment. Drivers should expect to be able to recharge irrespective of wherever they live, work or visit.”

Get the latest deals, news and product information to your inbox.